7 Effective Ways to Cut down Your Childs Phone Bill ... 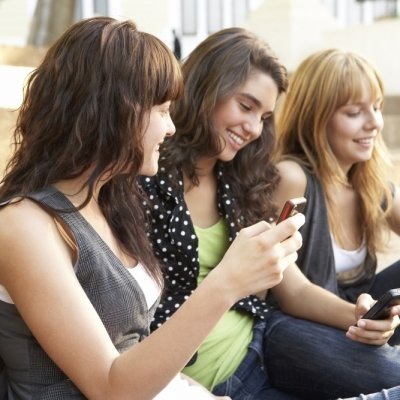 Are you wondering how to cut down your child's phone bill? If your offspring are running up bills that they can't afford to pay themselves, you're probably going to end up paying them yourself. You can get pretty fed up if you're constantly bailing them out. The most sensible answer is to keep the bills low in the first place. So try these tips to cut down your child's phone bill …

Perhaps the easiest way to cut down your child's phone bill is to get them a pay as you go phone. This will severely curtail any attempts to run up massive bills! Give them a monthly amount that you are prepared to pay; anything above that they will have to pay with their own money. They're likely to be far less keen to use their phone when they're paying for it …

You can also ask your provider for a monthly cap. This limits the amount that can be spent, so there is no risk of your teen going way over budget. The service will simply be cut off when the limit is reached. This is also handy in case the phone is lost or stolen.

Teens have a tendency to spend vacations messaging their friends and posting countless pictures on social media. They'll often watch videos as well, which uses a lot of data. But this can be really expensive if you're outside your own country; many people have fallen foul of the expensive costs of using your phone abroad. If you travel with your teen, ensure that they have data roaming turned off.

If your child has a contract phone in your name, you can still set them a budget. Tell them that they will have to pay for anything above, say, $30 a month. Be strict about making them pay for the excess every month. Don't let them off paying, or they'll think that you will bail them out again.

There are lots of fun and useful apps, but kids can spend a lot on them if they don't realise how much it costs. If you think that your child is likely to buy too many apps, set up a password that only you know for app purchases. Or you may be able to turn off the facility to buy apps altogether, depending on the phone.

If your child's phone is lost or stolen, someone could run up a considerable bill at their (or your) expense. If they lose their phone, report the loss immediately to the provider. Make sure that you have the IMEI number of their phone; this can usually be located by pressing *#06#.

Watch for your child using facilities that are not included in the package they have. For example, if they want to keep in touch with friends abroad, international calls will probably not be included. If they use their phone a lot, they may also be exceeding their limit. Plus some activities use a lot of data, which can bump up the bill.

Teenagers see their cell phones as one of life's essentials. But you're likely to be picking up the bill, so you'll want to keep that bill within sensible limits. Follow these tips to help avoid any nasty surprises when they bill comes in. Do you think your teen could cope without their phone - or if you're a teen yourself, how would you manage?