7 Fictional Companies We Wish Were Real ... 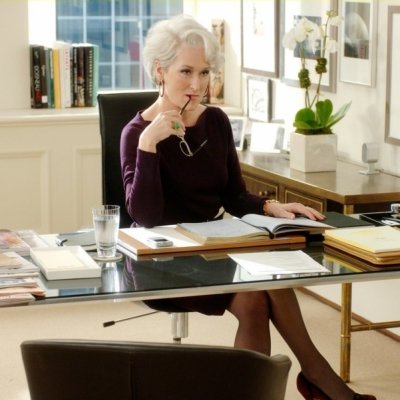 With works of fiction come some great fictional companies. From the likes of Dickens and his Old Curiosity Shop and various legal firms to Dunder Mifflin (or Wenham Hogg in the UK) from The Office, fictional companies are as much part of the story as the characters who run them or work there. Here are some of the fictional companies you may dream about working for:

Wouldn’t it be fun to work in Willie Wonka’s magical factory producing tons of chocolate, candies and sweet treats? Brought to us by the crazy imagination of Roald Dahl in Charlie and the Chocolate Factory, Wonka Industries is full of rooms where fantastical things happen all in the name of adding to the world’s obesity problem – but hey it tastes sooo good. Sadly, this is one of the fictional companies we’d never be able to work for – unless you are a 3 foot oompa-loompa.(I know some girls with fake tans so orange they might qualify!)

If I were inventor, I would just love to work at Acme Corporation, as seen in the Looney Tunes cartoons. And if I couldn’t be an inventor, I’d be quite happy in the role of salesperson to Wile E. Coyote. What would the battle between Wile and Roadrunner be without all the products from Acme Corp? Does the company stock go down because nothing works? Of course not! Stock remains buoyant because Wile E. Coyote has an inexhaustible supply of cash to keep buying jet-powered pogo sticks, earthquake pills and dynamite plungers in his interminable chase to catch his nemesis.

Now this is one of the fictional companies I would definitely work for! Who wouldn’t jump at the chance to get in on some vampire action? Wouldn’t you just love to seriously kick-ass keeping the streets of Los Angeles clean of vampires, demons and all manner of ill-witted creatures? And actually, let’s be fair, who wouldn’t want to turn up to work every day at a supernatural detective agency where Angel (David Boreanaz) is the boss?

Any woman with an inner geek would love to find herself in the labs of Stark Industries, home of Iron Man - as long as it doesn’t mean becoming Tony Stark’s executive assistant/girlfriend – that’s too dangerous for words. Can you imagine where your imagination can take you when you get to working on wearable technology?

Do you reckon you could put up with Miranda Priestly as a boss? If it meant getting free samples of gorgeous designer creations your credit card can only drool over, attending red carpet events and brushing shoulders with the A-Listers of the fashion industry – hell yes! Working at Runway magazine, published by Elias-Clarke, has got to be a dream for any budding fashionista – even if it means putting up with the boss from hell! If you haven’t see the Devil Wears Prada – what are you waiting for?

Not everyone wants a career where they work hard, turning up for 7 hours a day, 5 days a week, with a few holidays every year. Some people want to see the world, be paid huge amounts of money and generally be a badass. And which of the fictional companies is best for would be badasses? The mother of all companies with a mission of world domination by all means foul and unfair is SPecial Executive for Counter Intelligence, Terrorism, Revenge and Extortion. It’s just a shame that James Bond will be forever on your tail, you may have to shoot a few people and you might not live long enough to enjoy your ill-gotten gains.

Hands up who wouldn’t want to work in one of the many businesses in the world of Harry Potter. There are all sorts of establishments in Diagon Alley and Hogsmeade to fulfil any number of career aspirations. Animal lovers can work in the Eeylops Owl Emporium, chocolatiers will find a home at Honeydukes, bookworms naturally will gravitate to Flourish and Blotts and dressmakers to Madame Malkin’s robe shop. However, hands up whose dream job would be the joke shop run by the Weasley Twins? Serving customers and restocking the shelves of puking pastilles, love potions, Peruvian instant darkness powder, trick wands and ton-tongue toffee would all be worth the effort if it meant you’d get a good staff discount on a pygmy puff.