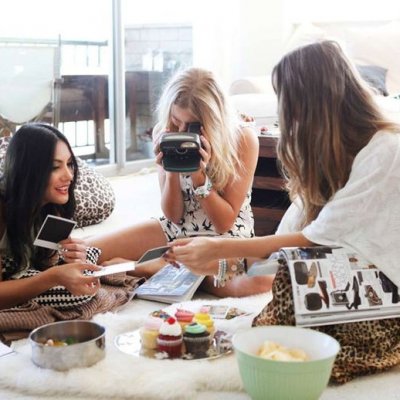 Are you part of a group of friends - and are they all better off financially than you are? It's tough when your friends have plenty of spare cash, and you're wondering how you're going to pay your bills. But having less money doesn't mean that you can't be friends; if they're good friends, they won't judge you by your bank balance. Here's how to handle being the poor one in your friend group …

1. Don't Pretend You're Wealthier than You Are

If you attend a wealthy college, you're going to be surrounded by people who come from wealthy backgrounds. But not all students are. Don't pretend that you're better off financially than you really are; you'll make yourself look silly, and pretty soon you'll have money problems. Be honest about what you can afford; true friends will understand if you don't have the same money as they do.

Just because people have money doesn't mean that everything they do has to be expensive. Wealthy people appreciate a bargain just as much as anyone else. So look up ideas for more affordable outings and suggest them to your friends. Every city has tons of free events such as art exhibitions and movie showings.

There's no way you can keep up with friends who have more money than you, so don't try - unless you want to land yourself with credit card debts and a whole lot of worry. There's no shame in having a more limited budget than your friends. If they have more money to spend that's their good fortune - but money isn't everything.

4. Look for Ways of Keeping the Costs down

If you want to join in with group outings, look for ways of keeping your costs down. For example, you could go to cheaper showings at the movies, or join your friends after a meal to go to a club. If you eat out together, make it clear that you can only pay for your share and not subsidise their more expensive choices.

5. Don't Sponge off Them - They're Not Your Parents

If your friends want to pay for you, that's cool. But don't assume that they'll pay for you. They're not your parents and don't have to fund you. Just because they have more money doesn't mean that they have to subsidise you. It's their money, and their choice what they do with it.

6. Be Honest when You Can't Afford Something

Be honest with your friends when you can't afford something, rather than make excuses as to why you can't go. Otherwise you risk coming across as dishonest; if you claim you're sick and somebody sees you looking fine, your friends will be offended. It's okay to pass on an evening out because you have other priorities for your cash.

7. Pick the Outings That You Join in

Choose the outings that fit in with your budget. So you can't afford to join your friends for a skiing weekend. They'll understand. But you can afford evenings out like going bowling or seeing a movie. And maybe you can afford that skiing weekend after all if it's planned well in advance and you budget carefully. It's all about planning, and not trying to do everything.

Whether you're the 'poor student' at college or have friends who earn more, be honest about your finances and don't spend money you can't afford. Or you'll be even poorer! How would you handle having friends who are richer or poorer than you?