7 Less Known Facts about Costco You Should Know about ...

1 It Doesn’t Get along with Big Brands

One of the first facts about Costco is that it has a long history of conflicts with major brands such as Starbucks, Apple, Tiffany & Company and Coca-Cola. After selling rings that were labeled ‘Tiffany engagement rings’, Costco attracted a multimillion-dollar suit from Tiffany & Company. Costco also had to remove Apple products from its shelves after being allowed to only sell iPods and prohibited from selling Apple products online. In addition animosity still remains between Coca-Cola, Starbucks and Costco due to the fact that the two companies failed to give it the price and the savings they wanted.

Costco usually refrains from hiring business school graduates in the hopes of maintaining a consistent employee culture. It usually bumps up workers from within the company for the managerial and higher-level positions. It even has subsidized some of its workers to get their graduate degrees! 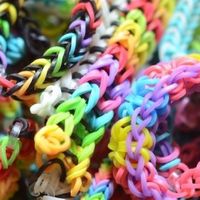 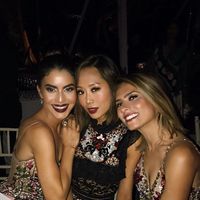 3 You Can Purchase Caskets and Emergency Kits

Whether you want toilet paper, clothes, blenders, bikes, food, caskets or emergency kits, Costco really has it all! Yes you read that right, Costco sells caskets and emergency kits equal to $4,000 in value! So if you are ever concerned about food shortage, this Emergency Cube contains 30,000 servings that can sustain up to 4 people for one year!

4 It is One of the Largest Pizza Chains in America

5 Its Founder Was Mentored by Mr. Price

We can only thank one man by the name of Sol Price for being an inspiration for Costco and Walmart. When the founder of Costco, Jim Sinegal worked as vice president at FedMart, the chairman of FedMart, Sol Price, continuously mentored him throughout his career. In addition founder of Walmart, Sam Walton took the ‘mart’ from FedMart.

6 “American Pie” is from Costco

If you remember the movie ‘American Pie’ that surrounded the lives of four teenage boys as they tried to lose their virginity before prom night, you probably know about the infamous pie. However, what you probably didn’t know is that that pie was reportedly bought from Costco!

7 For a While, the Bible Was Labeled as ‘fiction’

Back in 2013, Costco accidentally labeled Bibles as fiction and sold them in such manner. This careless mistake created an uproar among customers. However, Costco soon apologized for the mistake and blamed the distributers for accidentally mislabeling the Bibles.

None of these facts will prevent me from stepping my foot into Costco every week. It is a carrier of very delicious and useful items that are sold in bulk, which is only a plus for those with big families! What is your favorite food store that is similar to Costco?