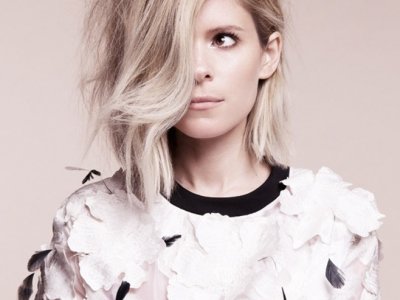 One of the coolest reasons to go into engineering is that you are breaking the norm by being a female in a male-dominated field. Females in engineering are showing the world that women can do anything men can do, which helps break the sexist stereotypes we so often face. It's about time the world realizes we are just as capable as the opposite sex!

Another great reason to be a female in engineering is that we are considered a minority. This leads to all kinds of great opportunities for us. For instance, my school has the Society of Women Engineers (SWE), which organizes many workshops and career fairs for women pursuing engineering-related jobs. Women also get to attend the diversity career fairs and networking events in engineering, which is a great way to find internships and full time jobs.

In addition to getting to attend special workshops and networking events, women in engineering are offered an array of scholarships. This is very helpful because attending college is not cheap, and these scholarships can really help buffer the financial burden of a college education.

Again, since women are considered a minority in the engineering field, there are many job opportunities available to us. Companies often have diversity quotas they need to be attentive to, and that includes making sure there are enough women in the workplace. This works to our advantage, because many companies need us just as much as we need them, so it is often easier to negotiate salary, bonuses, and location.

There are many different paths you can take in engineering. If you like being creative, you will find that there are many ways of doing that in fields such as innovation, design, and human factors. I used to think engineering was boring, but my classes proved me wrong!

I know they say don't go into a field just for the money, but if you are seriously considering engineering for all of its other benefits, the money is an added plus! Those in an engineering field tend to make more money than those in many other fields, and there is the opportunity for growth within this engineering, as well.

Aside from the career opportunities engineering has to offer, being an engineering major has many perks including: boys! One of the best things about engineering classes is that you will have just as much of a chance of coming out of college with a MRS as you will a BS. Since the majority of engineering students are guys you will have the opportunity to interact with many boys throughout your college career, and I don't know about you, but this was a huge perk in my book!