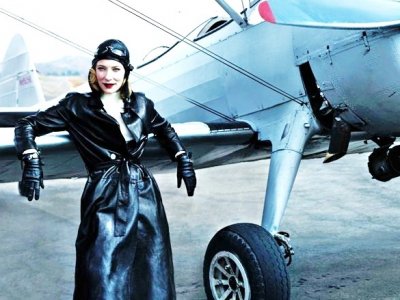 There are many risky jobs out there, some we have never even heard of. Now and again we hear about dangerous jobs that one would think you may have to be slightly nuts to do. There are hazardous jobs and then there are the downright outrageously life-endangering. It always seems that dangerous jobs are aimed at men but there’s no reasons why women can’t think about doing a risky job but some we just shouldn’t even contemplate. Here are 10 Risky Jobs people choose to do – female or not!

There is no question that a job in the military is one of the most hazardous jobs of all and is felt to most soldiers, as more of a calling than anything else. The difficulty in ascertaining just how risky the job is is almost impossible, depending on where you could be posted. Even though your own country might be at peace, there are plenty of places to be posted where life-endangerment is a factor 24/7.

With a frightening amount of fatalities every year, loggers go into work every day, much like soldiers, with a very high risk of not returning home again. Although safety equipment and safety procedures are of a much more rigorous standard than they were some years ago, the biggest risk when doing this dangerous job is the fact that the loggers are unable to see broken tree tops or loose boughs hidden by live branches that could come crashing down any minute.

Apart from having to rush into burning flames, raging fires in buildings and deal with intense heat, and the possibility of falling beams and other burning items, fire fighters deal with intense and dangerous situations that are never one and the same. Fighting fires is one of the most risky jobs out there. Not only do fire fighters have to be prepared for any scenario, be fit enough to carry people out of dangerous situations, but brace themselves for gas leaks, chemical fires, car accidents and rescuing people that are trapped.

No matter how many years of experience the airline pilot has, how many safety procedures have been followed, the biggest hazards that airline pilot face in their jobs is the unpredictable weather and the actual aircraft itself. Being at the mercy of Mother Nature, encountering terrifying terrains and mountain ranges not to mention other aircraft in the sky, make being an airline pilot one of the most dangerous jobs to have.

A bounty hunter is an individual who is normally contracted to work for a bail bondsman, who hunts down, locates and collect criminals who have been granted bail by the court and skipped out. If the criminal in question doesn’t pitch for their court date, a bounty hunter is deployed to go out there and bring them back, and it is far from a safe job. Seedy towns, backstreets, cloak and dagger stuff, with the chance of being stabbed, shot and beaten up high on the list of just a normal day at the office.

6 Security Detail in a War Zone

There is a massive and urgent demand for security detail and private security guards in war torn areas such as Afghanistan and Iraq. The salaries from a daily rate point of view will make most people’s jaws hit the ground with a stupendous crack, even though the chances of coming home in a body bag are just about guaranteed. Being kidnapped is worse than being flown home to your own funeral, which makes this just about the most hazardous job to have.

The conditions are harsh, the time away from home on the trawlers is long, and you have to work outdoors in every type of weather, no matter what. You have to face icy conditions, rough seas, huge swells, extreme winds and terrifying storms, and there is no missing a day of work because of injury or exhaustion. Cramped and treacherous working conditions and many months at sea are what make being a fisherman in Alaska a perilous job, but the huge salaries sweeten the deal.

Listed as the 5th most dangerous job in the US, based on the amount of fatalities, mining machine operators work underground and operate machines that extract coal, stone and rock from the depths of the earth. The machinery is enormously loud, the temperatures are extreme and the working environment cramped and confined. The possibilities of flash flooding and cave-ins are high, making mining one of the most high risk jobs in the world.

9 A Sugar Cane Harvester in Cambodia

What most people probably don’t know is that sugarcane cutting is one of the most risky forms of employ anybody can enter into. They have to wear heavy metal shin and ankle guards to protect themselves from cutting off the own feet at their ankles, as the chances of this are extremely high. Hectic hours, seven days a week, all day, sometimes up to 16 hours every day, with only one day off a month, makes this not only one of the most hazardous jobs but unforgiving too.

Oil and gas rig work is particularly dangerous, with nothing much to offer workers except a high salary. Difficult working environments, harsh conditions, and remote locations right in the middle of the sea and sometimes total exposure to the elements. Rigs operate 24/7 come rain or shine or typhoon, everybody works in shifts and works on a contractual rotation, being airlifted back to the nearest airport every few weeks.

Harsh jobs and unforgiving conditions are to some people the very essence of why they choose to do them. Hazardous jobs may come with huge adrenalin rushes that people crave as well as the lure of high salaries.