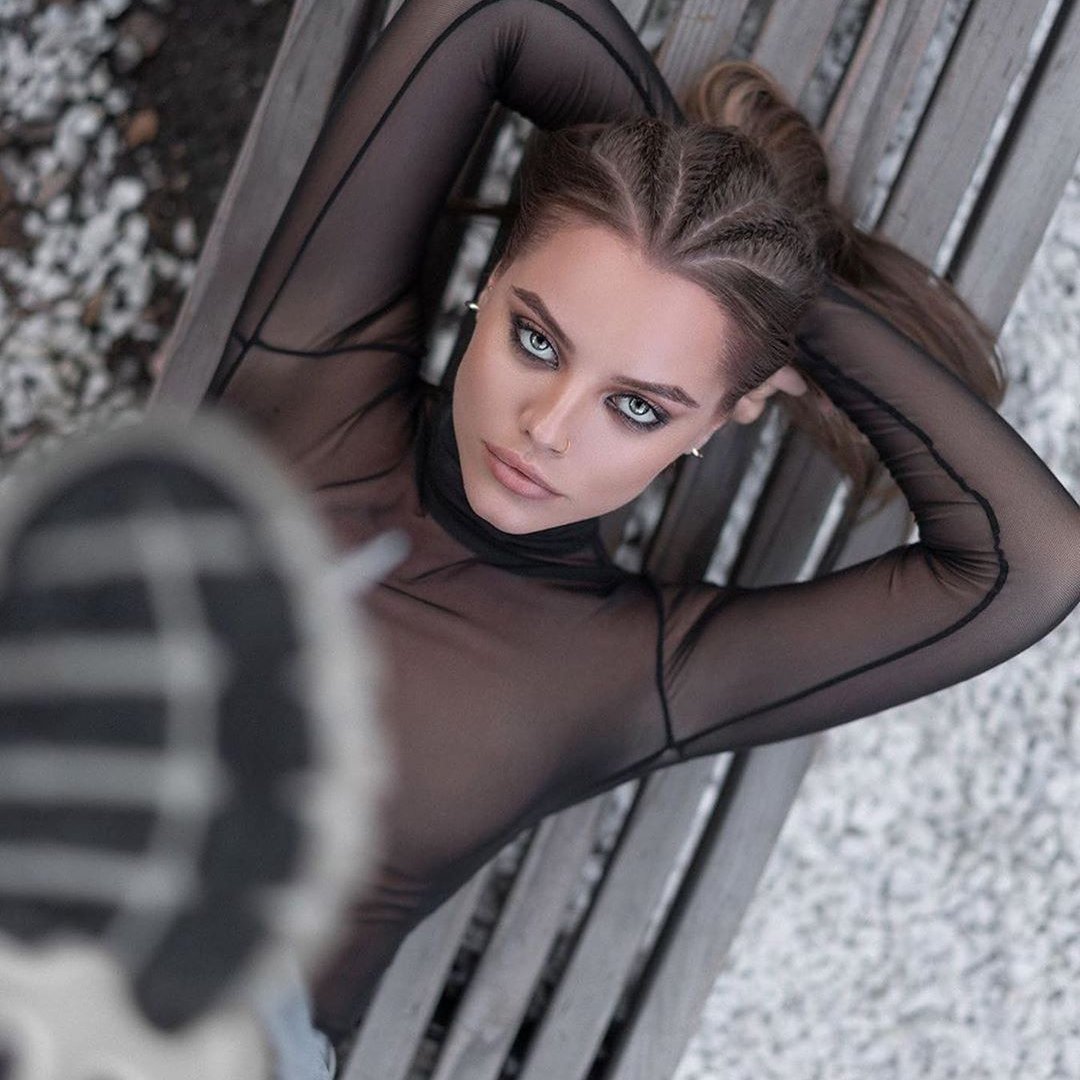 It’s the sad truth of television that there are sometimes shows that lasted too long. This isn’t a rule that says a show is on too long when it lasts 10 seasons; sometimes a show could be ready to be pulled off the air after only three seasons. It’s not about when the show is on too long, it’s about when a show loses the qualities that kept the show on in the first place. Here are seven shows that I would have cancelled, because in my opinion they’re shows that lasted too long for their own good.

I love “Friends,” so yes, it is a little weird that it is on a list of shows that lasted too long. The thing is that “Friends” was on for 10 seasons! It’s really hard for a show to go on for that long without getting a little stale. As much as I love “Friends,” I will say that I know there are plenty of people who stopped watching it for a while because it lost some of its greatness. I’ve seen every episode of “Friends” and even I got bored a little bit, but eventually it picked up and got better, and luckily it ended on a high note. Nevertheless it could have been a season or two shorter.

I’ve said in another article that I didn’t watch “E.R.” too much, but that doesn’t mean I don’t remember when it was on air. Even though I wasn’t a big fan, I do remember that every commercial for the next episode was declared either the best episode or the most shocking. While the show kept its fans around, it still was pulling at straws for extreme topics that would keep people coming back. When I was looking for shows to add to this list, people didn’t hesitate to throw “E.R.” into the mix, so it’s not just me!

Don’t get me wrong, I love “Saturday Night Live,” but when it comes down to it, the show is really not what it used to be. I’ve seen old episodes from when Steve Martin and John Belushi were on “SNL,” so I can tell you that those episodes were hilarious. Every so often “SNL” goes through spurts of being really funny with new cast members like Andy Samberg and Kristen Wiig and then there’s the cast like they have now. I wish that “SNL” stayed hilarious, but in reality it’s really hard to keep a show going that long and be that funny all of the time.

I used to love “Glee.” Oh I wish I still did, but it’s just too much! It became so over the top that I just couldn’t stay involved. Even though I was emotionally involved with the characters in “Glee,” I just couldn’t stay interested. To me it felt like they were grasping at straws for story lines, which left me so annoyed. On top of that, all of the characters that we once loved were all of a sudden graduating high school and moving on; I feel like they needed better planning. When it comes down to it, I was ready for this show to be over soon after it started. Sad, but true.

As much as I used to love “Glee,” I used to be obsessed with “Grey’s.” I don’t mean that I was excited to watch it every week; I mean that I could quote episodes and forced my friends to watch it. If I could choose a point for it to have ended though, I would have chosen around the sixth or seventh season. Much like “E.R.,” it became a show that was looking for the next big story line that could keep its viewers interested. Sadly, this included killing a lot of characters off. As much as I loved it in the beginning, I’m just ready for it to get off the air now.

6 Secret Life of the American Teenager

This is one of those shows that should have been cancelled soon after it started. Soon after the original pregnant main character had her baby, it should have ended or at least come up with a new story. All of a sudden every character is getting pregnant or trying to plan their life with the person they’re dating in high school. I understand that these things can happen while in high school, but does it all have to happen in one group of friends?! I don’t think so.

Really? Do I even need to explain why this show is on my list? “Degrassi” has been on and off the air since the 1980s. That wouldn’t bother me so much if the quality of the show lasted as long as the series has. Somehow the show is still on and people are still watching. This probably has something to do with the fact that they can recycle story lines because different age groups watch it after a certain amount of years, but seriously, everything bad that can happen has happened at this one high school. How many times do we have to see horrible things happen here to get the point?!

To be honest when 16 & Pregnant aired, I was actually interested in the show because it was something new and different. However my interest and curiosity quickly died after the Teen Mom spin off came out. Now Teen Mom has 4 seasons, Tee Mom 2 has 4 seasons and Teen Mom 3 has 1 season, in my opinion this show has ran its course with 9 seasons and it is time for the whole Teen drama to stop. It was a good show to air once to teach teens of the consequences of their actions but now it is almost as if MTV is advertising teen pregnancy.

9 Two and a Half Men

I have only watched a couple of episodes of Two and A Half Men and maybe that is why I can say it with ease that this show should have been cancelled long ago. The show never grabbed my attention and interest and it become even more boring and dull as the time went on. The jokes are overused, repetitive and plain. Even lovers of the show believe that the series has passed its time. There is no more effort in the plot and the characters are almost becoming hated. It's a shame but I would just end the suffering of the viewers and pull the show off the air.

The Real World used to be interesting and entertaining show in its own way but after 29 seasons there is no reason to keep going when the ratings of the show have been noticeably slipping over the recent years. There is no quality in the show and it feel likes the show keeps going just to be on the air. Although there used to be some good content over time it became trashy and almost unbearable to watch. So it's good news that MTV is finally considering pulling the plug. Twenty one years of the show was good enough and now it is time to make space for some fresh content.

11 Dancing with the Stars

The whole concept of Dancing With The Stars is fun and interesting but the way the show is actually executed turns that great idea into something else. The show has no suspense and mystery that viewers often need to keep interested. Most of the time it becomes dull and predictable. Not only that but the celebrities that choose to participate are often long forgotten so it is understandable why there is no buzz around it. Especially after 17 decent but not amazing season, it is time to let the show go and maybe work on something else.

Many of you may be surprised by this show making the list and I understand why. Even I used to be obsessed with it in its early seasons, but overtime there was nothing new and fresh being brought to the table. The show is unrealistic and filled with badly executed 'shocked faces'. It glamorizes high school and gives children high expectations when it doesn't even come close to a high school setting. Every episode follows the same story line with the four girls getting another text from A in the end. I understand that it is a show, but it is absolutely impossible for A to have it all figured out. Despite the good looking cast and its growing reputation, this show is long dead for me.

In the show the bachelor and bachelorette try to find 'the one' among a sea of love interests by gradually eliminating people during rose ceremonies and marrying the last one standing. However I've never really understood the point of this show because the formed couple in the end never lasts in the real world. Yes, it might be interesting to watch blossoming relationships and chemistry sparking between two people, but it is so artificial and forced. There is nothing genuine about it and I just don't get the point of the show. The show has lasted a good amount of time but it is time to finally pull it off the air.

There are so many singing competition shows on television nowadays that it can get rough for the shows that air parallel to each other. I believe that this is what happened to American Idol. It has lost its spark and interest because there are so many other programs like The X Factor and The Voice that are fresh and lively in comparison to it. They try to revive the show by bringing special celebrity guests but that is just not enough to bring it to where it needs to be. The unpopularity of it shows that it should be cancelled sooner rather than later.

I used to be an avid lover of the Big Bang Theory, it was funny and entertaining but now it has lost all of it. The show spread itself too thin and became noticeable weaker not long after the third season. There is just something missing and it is no longer as enjoyable as it used to be. So before the shows gets ruined altogether, it is time to think of a great ending and cancel the show.

I’m sure there are a few shows on this list that will get people mad at me. Expressing the opinion that a beloved show should have been cancelled is always a risk, but I just can’t help myself. What shows do you disagree with? What shows would you have put on your list?