7 Signs You Will Not Be Fighting over Money with Your Partner ... 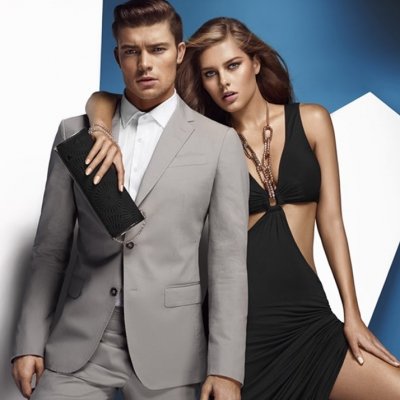 Couples fight about a lot of things -- including money. Financial stress is a major problem in many relationships, and sometimes, it pulls couples apart. If you're entering the dating scene and ready to settle down, finding your financial match might be a priority. This can be tricky, but certain signs indicate that you and your partner are less likely to fight about money

1 You Have Similar Spending Habits

Some couples fight about money because one person is a compulsive shopper and spends more than needed impulsively. This is a common issue in some relationships, but if you and your partner have similar spending habits, this is an issue that might not come up in your relationship. Savvy shoppers look for deals, they save up, and they only buy what they need and what they can afford.

2 Your Partner is a Saver

If you recognize the importance of saving money and building a cash cushion or retirement account, you need a partner who feels the same. It's okay to splurge and have a good time, but it's also important to save a little and plan for a rainy day. If you're both savers, you'll have more disposable income to enjoy life and you're less likely to live paycheck to paycheck.

3 You Both Avoid Debt

If you rarely use a credit card and you prefer cash to avoid massive credit card debt, you need a partner who also limits his amount of credit card debt. It might be awkward to discuss personal financial manners while dating. But before getting serious with anyone, it only makes sense to have a financial talk. Everyone makes mistakes, so the fact that your partner has debt doesn't have to be a dealbreaker, as long as there's a plan in place to erase debt and avoid this mistake in the future.

4 You Don't Fight about Money

Fighting about money in the early stages of a relationship is probably one of the biggest signs that your partner is not a money match. It's important for couples to be on the same page regarding financial matters. This doesn't mean you can't have disagreements about money, but if your money philosophies are completely different and there's no compromise in sight, you're likely to have an ongoing battle about money.

5 You're Okay with Your Partner's Credit Habits

How does your partner manage his credit cards? Does he pay his bills on time every month? Does he pay close attention to his statements? Is he diligent about checking his credit history? Good money management is essential, but good credit management is just as important. If your partner doesn't know the importance of monitoring his credit activity, maybe you can help him appreciate the benefits of annual check -ups.

6 You Wouldn't Change the Way He Manages Finances

Ultimately, if the way your partner manages his finances closely mimics the way you manage yours, you've found your financial match. And while there's no guarantee you won't ever have a disagreement or fight about money, at least these disagreements will be few and far in-between

7 You Have Similar Financial Goals

Regarding short-term and long-term financial goals, find someone who's moving in the same direction as you. For example, if you're committed to living simple and keeping your expenses low so that you can retire early and travel the world, you need someone who feels the same about money.