9 Signs Your Elder May Be Suffering Financial Abuse ... 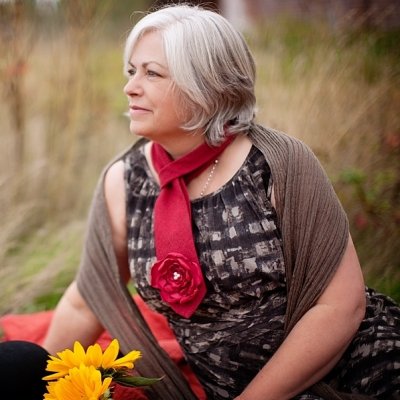 It is up to every loving daughter/son to ensure they look out for signs of financial abuse of their parents or other elders. Even if they aren’t particularly vulnerable, elderly people can easily be conned, bamboozled by people they trust or can simply fall foul of people exploiting modern technology. And then of course, there are just the creeps of this world who just do it because they are despicable. If you want to be on top of your concerns for your parents/elders, these are the signs of financial abuse to be aware of:

1 They May Be Defensive over Certain Financial Issues

One of the big signs of financial abuse is when the elderly person becomes defensive over financial issues. The key here is “becomes,” because if your elder has always been defensive over such issues then there is nothing wrong, but if this errant behavior appears suddenly and for no reason, then it is a big danger sign.

2 They May Be Embarrassed by Something Financial

Embarrassment is often the most common reaction. There is the added factor that they are supposed to be the teachers and are supposed to be older and wiser, ergo being defrauded is going to be highly embarrassing. This embarrassment may be the direct cause of most of the other symptoms on this article. The lying to you, the anger, dismissiveness, etc, may all stem from the fact that the person is or has suffered some sort of financial abuse and is embarrassed by it. They should be considered as indications your elder is being financially abused.

3 They May Be Dismissive over Seemingly Important Financial Issues

The classic scenario is that of the worried son or daughter finding an unpaid bill and the elder saying something such as, “Oh, I will pay it later.” Oddly enough, you finding the bill may not be a coincidence. As stated in point number seven (below), there are times when any person may leave clues intentionally as a sign of their situation.

4 Resorting to Anger, or Getting Upset, May Surface as a Defensive Mechanism

This is one of the more common signs of financial abuse. The elderly person may resort to anger or getting upset because it is one of our last defense mechanisms when all else fails. It often appears as a result of embarrassment, but may also appear if a person feels helpless.

5 Talking about Money May Suddenly Be off the Table

If all of a sudden the issue of money is no longer up for discussion, then it may be a sign that the elderly person has something to hide in that direction. Not talking about it is the easiest method of keeping the bad news from you.

6 They May Become More Secretive about Money

Not talking about money and being dismissive is one thing, but they may also be more secretive about money. Suddenly they are not so keen to tell you how much they paid for the new item in their house, and this is often because they paid too much unwillingly. Or, it may be that they paid very little but want you to believe they paid more so you think their financial situation is still okay.

7 They May Leave Clues and Hints as to Their Situation

This can happen in a number of ways and is only ever obvious in hindsight. The fact your elder complains about a creaking fridge may be a sign that they cannot afford one with a quiet motor because someone has or is ripping them off. There may be less subtle clues, such as that person bringing up the subject of money a little more because it is on their mind and therefore a more frequently visited subject.

8 There May Be a Special New Friend on the Scene

People looking to con the elderly out of their money are highly skilled at presenting a front of being a kind, caring considerate person with the best intentions of looking after their elderly friend. Look out for newly formed friendships – especially between an elder and a carer, and where there is a significant age gap.

9 They Hide That Things Are Missing

In an attempt to not let on there’s a problem, you will hear all kinds of excuses for why certain things have disappeared from their house or room – such as, oh it broke and I threw it away. You’ll hear things like – “Oh I didn’t realize that” when you ask why they haven’t received bank statements for 6 months”.

It’s no easy matter but if you spot these signs of financial abuse you have to take action. It will be even harder to deal with if the abuser is family. And don’t leave it too long or you may never recover what has been lost.

Have you ever had to deal with an issue of financial abuse?