These Guys Were Big Time Lottery Winners and They Blew It 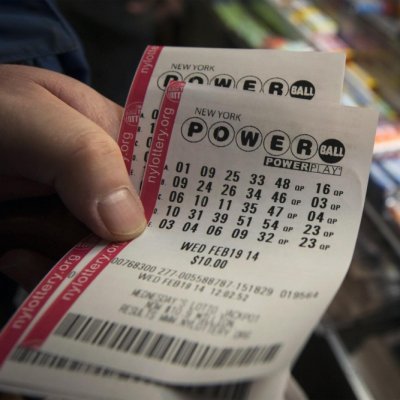 Winning the lottery is a dream many people have. Sadly, that dream can really turn sour when people come face to face with a huge pile of money. Here’s proof positive that you might have money but that doesn’t buy happiness.

Lara and Roger Griffiths won a $2.76 million lottery jackpot in 2005. Suddenly, they were rich – they bought a Porsche and a million-dollar house. The couple couldn't live happily ever after though – their 14-year marriage ended after Roger was found interested in another woman, a freak fire gutted their house, and all the dough was gone.

In 1988, William Post won $16.2 million in the Pennsylvania lottery. Unfortunately, it took him 12 short months to lose everything and even find himself in $1 million debt. There was a series of unfortunate events – his ex- girlfriend sued him, his brother tried to kill him to get a share of the winnings, and he lost the rest to various 'flop' family business ideas.

In 1993, Mullins won $4.2 million in the Virginia lottery, but she has now become a part of 'sad-but-true' tales. She took a loan of $197,746.15 using her winnings as collateral and agreed to pay it all back with her checks from the lottery. The rules changed later and she could collect her winnings in a lump sum. She couldn't manage so much money and started skipping her loan payments. The company sued Mullins and won a judgment against her for $154,147. Mullins has no assets at all and the company is yet to collect a nickel.

Martyn Tott and his wife didn’t get a chance to spend $5 million that they would've won had they not lost their lottery ticket. They won it but couldn't get it, and it was even more damaging and proved devastating for the couple.

Sharon Tirabassi is also among the lottery winners who blew it all. She cashed a check from the Ontario Lottery & Gaming Corp for $10,569.00 in 2004 and spent her winnings on fancy cars, designer clothes, exotic trips, lavish parties, loans to friends, and a big house. It took her less than a decade to lose it all and go back to working part-time, riding the bus, and living in a rented house.

This not-so-upbeat tale is of a machinist named Ken Proxmire who won $1million in the Michigan lottery. The winner decided to make it large and relocated to California. He started a car business, and things were never the same. It took him five years to lose it all and file for bankruptcy. Well, his life's simple now with no big talks of riding in limos or owning a helicopter. He's back to his old life and is a machinist again.

The year 1993 was quite special for Missourian Janite Lee because it changed her life completely, but the pleasant change lasted for eight short years only. She won $18 million on the lottery, but her urge to splurge took over. She was also a bit too generous to a number of causes, giving to education, politics, and the community. She ended up with $700 in her two bank accounts after just eight years. She filed for bankruptcy when had no cash on hand.

The odds of winning a lottery are astronomical, but somehow, Adams managed to beat those odds twice. She hit the jackpot in 1985 and then again in 1986 netting a total sum of $5.4 million. It seems where there is so much money, there's gambling. She gambled it away and is broke today with only a trailer that she calls home.

After hitting the $15 million jackpot in 2002, Carroll, an ex-garbage man, couldn't keep it all under control. He lost all his winnings to parties, cocaine, cars, and hookers. He was back to naught in five years.

What would you do if you won the lottery?