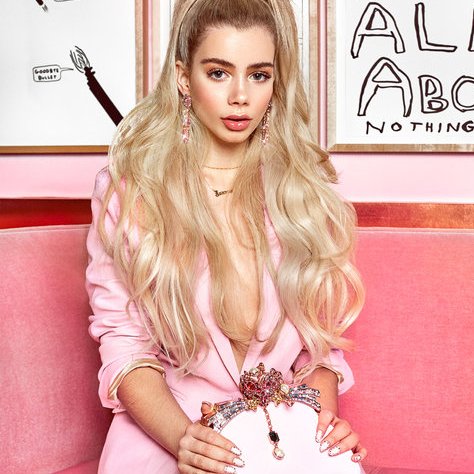 You want to live the dream, who doesn’t? The dream of getting up at 10am, taking the three-step commute to your ‘office’, and working until you find something more exciting to do. That's why you need tips for becoming an entrepreneur.

Ok, back to reality. If you are like most people, this isn’t how you live, but you would like to. Forget the conventional online moneymaking advice of filling out surveys, freelancing, and selling your possessions on eBay. It’s time to start a real business venture to gain real success.

These tips for becoming an entrepreneur will help you get there in no time at all.

Somebody telling you to start a business venture is of no help. You need an idea. Only you can find the right idea in the right industry for you. The key piece of advice is to stick to what you know. If you know nothing about fashion, don’t try to start an online shop where you sell the latest clothes because it’s not going to work. More importantly, there’s no point in leaving the daily nine-to-five grind if you are going to do something else you don’t enjoy. The whole point of making money online is to do something you enjoy by giving yourself a greater degree of freedom. One of the best tips for becoming an entrepreneur is to do what you love.

Many internet entrepreneurs have discovered their first bright idea by looking at what they do in their spare time. Somebody who loves to play games on their mobile phone may decide to create a range of games for phones. As long as there’s a market for your hobby, it can serve as a fantastic source of inspiration for you to start making money online.

Some people hate absolutely everything, regardless of what they are stating their opinion on. These people are perfect for you. Since they hate everything they have had years of training in spotting the errors that arise in lots of common products. As with most people who are incredibly pedantic, they see lots of problems but no solutions. Choose your industry and look out for these people in a product’s complaints section. Review a number of complaints and see if there are any patterns. If a pair of hyper sonic scissors has the problem of a lack of cutting consistency, you can take advantage of this. Create something that doesn’t yet exist to solve an existing problem. All great inventions came into being from a common need. Don’t assume only the large companies with massive research budgets are capable of coming up with the next big thing.

Pretty much everybody in the western world has access to the Internet. Prolific internet users will soon find their ‘niche’. Certain people are good at generating lots of comments on Facebook, other people are great at providing answers for people’s problems in various chat rooms and forums. Just find your niche and use it. Being good at generating a buzz on social media instantly points you towards something that requires a substantial amount of input from the general public to get things moving. Opening an online shop or becoming an advertising consultant are two ideas which immediately spring to mind from this niche, although there are certainly hundreds of others.

Not everybody has a special skill they can take advantage of. In this case, it’s always best to listen. Just because you are not the sultan of social media and marketing doesn’t exile you to employment purgatory. Listen to your friends, staff members, and co-workers. Ask them some questions and listen. Often, other people see previously overlooked things. Drafting them into a potential venture is another idea. Even the most inept individuals are able to strategically place other skilled people for the best effect.

To create a successful online venture you don’t need to reinvent the wheel. On the contrary. Simply looking at a product and discovering an improvement is enough to make some extra money. Here’s an example of a successful online venture. Some time ago now, the group funding website Indiegogo featured a product which turned into a huge hit. It was an iPod holder which allowed you to place your iPod upright anywhere you wanted. The person behind it didn’t really invent anything, he simply adapted something that already existed to fit something you see in everyday life.

You can do exactly the same thing. No matter how wacky or strange something is, truly think about it and see if it could work. Believe it or not, every new idea will seem strange, but as long as it works and the general public warms to it, your creation has the potential to lead to a major success.

The traditional advice when creating a new product is to only create something that the public will love. This advice is only half right. Something that is unique and creative won’t always appeal to a certain market, so create the interest first. Even the greatest business people in the world are wrong sometimes.