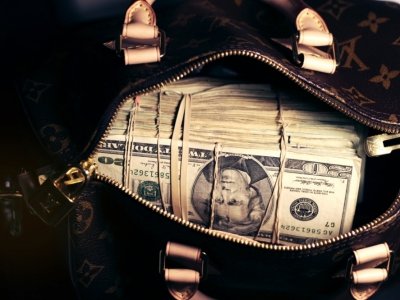 Sweden is given the credit for bringing paper notes to Europe in 1661. The history of money reveals that China had already invented paper notes as far back as the 7th century, though. And centuries before this, copper coins were used. Paper notes were brought in so the wealthy didn’t have to carry around as much copper. Is there anything the Chinese didn’t make/introduce to the world?

Tally sticks were early versions of credit cards made in the Medieval Era. They were rampant throughout Europe, but for 700 years they were used by lenders and debtors in England. It was a version of financial record keeping. Notches were made on a stick and the wood was split down the middle. The creditor and debtor kept a half each. When the money was repaid, the wood was put back together again to indicate a completed payment. It was impossible to counterfeit because the grains had to match perfectly. It was an early version of the credit card, which is arguably safer than what we use today.

We nearly always talk about the history of currency with a reference to the various U.S. mints. What many people don’t know is Paul Revere, the subject of the 1775 Midnight Ride, played a vital part in creating the first continental currency to fund the war. He designed the engraving plates that were sent to Massachusetts to fund the American War of Independence.

The California Gold Rush wasn’t the main gold rush in the USA. The Carolina Gold Rush was the first. It started in 1799 when John Reed, a 12-year-old son of a farmer, discovered a 17-pound gold nugget. Gold was discovered in other nearby counties. It drew 30,000 people to North Carolina to mine for gold. This lasted until the 1860s. It played a vital role in the history of money because it led to a U.S. mint being opened in Charlotte in 1837. For a time, all gold used in coins was mined right there.

The U.S. Bureau of Engraving and Printing has a rough idea where the famous dollar sign came from. They revealed one of the most sought-after facts about money by revealing that it most likely comes from the Ps used to denote Spanish and Mexican pesos. The symbol was used only after 1875, and you might notice that the sign never actually appears on American currency.

Nobody quite knows where the concept of money came from. For this example, we’re going to use the idea of money as independent from a straight trade where the value of each transaction is equal, although we recognize this as more a barter system than currency. Historians say money dates back to about 9000BC with various items being denoted of value, such as cattle. In some parts of Africa, “cattle money” was used up until halfway through the 20th century. Common forms of money included cacao beans, cowrie shells and animal hides. Before coins and paper money was brought in, money came in the form of anything from precious stones to salt and arrowheads. The choice of money used depended on what a particular society prioritized as most important.

China might be able to lay claim to making paper money, but coins were first made and issued by the Kingdom of Lydia. This is where modern day Turkey is now. In the 7th century BC, they weighed lumps of metal and stamped them with different pictures, which denoted weight. The shape was unimportant at this point in the history of currency. All that mattered was the weight. The stamp on the coin was the seal of the person confirming the coin’s true weight. This provided accountability and some basic protections for consumers.

There’s a whole lot more in the history of money – a whole lot, lot, more – but this gives us an idea of how something we take for granted as an everyday thing developed. Do you know any interesting facts about money?