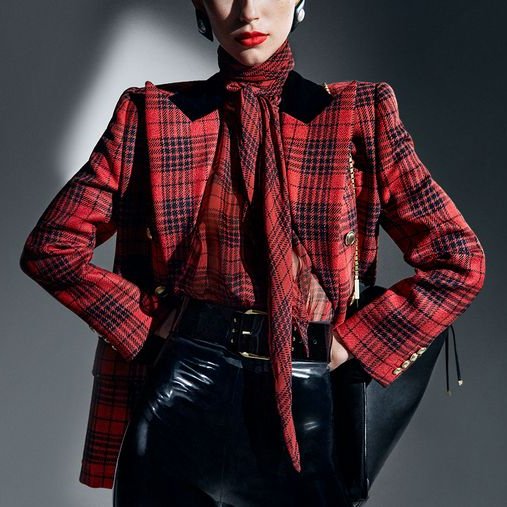 The imminence of automation leads to growing fears in many industries. Even though it is estimated that currently there are around 3.5 million truckers in the United States, self-driving cars are not a thing of the future but of the present. The change won’t happen overnight, but the trucking industry is only one of many job sectors that could dramatically shrink in the next couple of years.

People are increasingly more careful when it comes to choosing their career paths. It might turn out that the years of studying are for nothing, as the job won’t exist in a decade or two. That’s why we have prepared a list of the four fastest-growing jobs for women in 2020, which we think you’ll find interesting, especially if you aren’t sure what path you should choose.

The companies offering food delivery services have been experiencing a period of steady growth even before the COVID-19 pandemic, though this unexpected crisis only helped them attain even bigger prominence. People are afraid to visit brick-and-mortar stores or go to the restaurants, so as not to get infected with the coronavirus.

On top of that, as a consequence of the lockdown, millions of Americans have lost jobs, making the work in one of the biggest food delivery companies, such as DoorDash, GrubHub, or Uber Eats a popular choice among those seeking employment. Alternatively, if you consider yourself a people’s person, you could also take ridesharing companies into consideration. In such a case, we recommend checking what the Uber Black requirements are.

To a large degree, the job of a courier is similar to our previous pick. You have to have excellent driving skills, and ideally, a great sense of direction as well, though let’s not forget that everyone uses GPS these days. What is the reason behind the growing popularity of the job of a courier? Sure, we could say that due to the COVID-19 pandemic the percentage of customers who do shopping online increased, and we wouldn’t be mistaken.

However, even without the current crisis at hand, the number of male and female couriers would increase, as our society assigns great value to the convenience. It doesn’t matter if you need to buy a hammer, a pair of jeans, or perhaps a cute picture of zombie Napoleon. You can find all of those items online, meaning that you won’t have to leave your home to get them. If you love driving, we are sure that you’ll enjoy delivering the packages to people!

You might be surprised that positions related to construction are among the fastest-growing jobs in 2020, but mind you: it doesn’t mean that a significant number of women work at construction sites; it’s just that their percentage is rapidly increasing. The fastest growth can be observed in managerial positions - in 2015, there were 49,400 women working as construction managers, whereas in 2019, this number rose to 99,400.

When it comes to construction laborers, the increase wasn’t as dramatic, but nonetheless, from 2015 to 2019, the number of women working in this position increased by 50%. If we take into account the changing perception of what women’s and men’s jobs are, we shouldn’t expect this trend to stop anytime soon. Sure, you might get a little dirty, but at least you won’t be sitting in front of the computer screen for 8 hours each day!

We’ve been hearing a lot about reducing waste, as our current way of living is simply unsustainable. We have reached a point where garbage is sent from one country to another. Before the ban that came into effect in 2018, China was receiving 4,000 shipping containers full of garbage daily. Now that it is no longer a possibility, the countries that have previously taken an easy route out have to find a different way to deal with the millions of tons of garbage being produced each year.

Our Earth is big, but we can’t continue producing so much garbage. Thankfully, more and more people study environmental sciences, hoping to reduce the harmful impact that we have on our planet. From 2015 to 2019, the number of women working as environmental scientists has increased by 55%. We wholeheartedly hope that the interest in this field of study will help us deal with at least some of the problems plaguing our Mother Earth.

The job market is currently undergoing colossal changes, with some of the previously popular work positions disappearing due to the developments in the field of artificial intelligence and machine learning.

It is no wonder then that people who are seeking employment, especially those without much job experience, are full of doubts. That’s why we have compiled a list of the four fastest-growing jobs. However, we recommend taking into consideration the potential consequences of the COVID-19 pandemic, which are difficult to grasp yet fully.