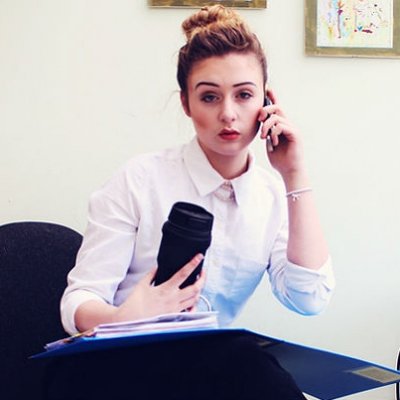 Have you ever worked with someone who is very competitive or even tries to make you look bad so that they can progress at your expense? Competitive co-workers can be difficult to work with, as they see other employees as a threat. They have to do better than you rather than work with you as part of a team. So how do you handle competitive co-workers? Here are some tips …

Perhaps your co-worker is competitive because that's the kind of environment you both work in. If that is the case, work out how you can turn this to your advantage. That doesn't mean that you have to become super-competitive yourself, but you can for example use it to motivate yourself to do well.

2. Focus on Your Own Work

Facing competition from your co-worker can be a distraction. Don't let them take your mind off your work, as there is a risk that you will lose focus and not do as well as you're capable of. Focus on your own work and how you can maintain a good performance; this will help reflect you well to your managers.

When you deal with co-workers that are trying to outshine you, it can make you lose confidence in yourself. Try not to take their competitiveness personally; it has more to do with their excessive drive to do well than with your abilities. It's not that you're incapable or inefficient, even if they try to make themselves look good by making you look bad.

Sometimes, getting a competitive co-worker on side can be a productive way of handling them. It channels their drive into a positive aim, that of helping you and the team to do well. It also means that they're not going to try to work against you, so that you won't have to deal with any attempts to undermine you.

If your co-worker is the kind of person who seizes upon any opportunity to use something against you, be careful what you tell them. You may need to protect your work so that they can't try to take credit for it. Keep your work secure and don't let them find out what you're working on.

Be aware of any attempts to undermine you. Competitive co-workers may seek to profit at your expense by making you look bad. They can then make themselves look better in comparison. This may be done openly, or they may work behind your back. It can also be subtle, such as trying to make you feel that you're not as capable as them.

Sometimes the best tactic is to let your co-worker know you're aware of what they're trying to do. You have to be careful about this, however, as confronting them can lead to a backlash. It may also be wise to tell other co-workers and your bosses that your co-worker is trying to compete with you, thus pre-empting any attempt to undermine you or steal your ideas.

Competitive co-workers can make your working environment stressful and hold you back. Try not to let their behavior affect your confidence in your own work, or you'll be playing into their hands. Have you ever lost out to a competitive co-worker?