You Will Not Believe These Tricks Restaurants Use to Make You Spend More ... 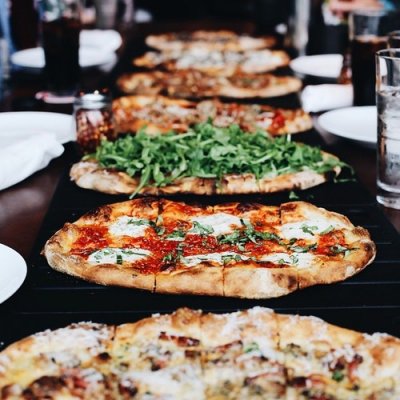 Do you ever go for a meal out and get a shock when presented with the check at the end? You may have only intended to spend a certain amount of money, but restaurants employ some sneaky tactics to get you to spend more money. Of course they want to make a profit - but that's not very good for your pocket. So if you want to avoid a shock when you ask for the bill, watch out for these sneaky restaurant tricks …

When we look at a menu, our eye automatically looks at the top right-hand corner. So this is where restaurants place their most expensive dish. But they know that budget-conscious diners won't order the most expensive thing on the menu. The aim is to make you think that other dishes are a bargain in comparison. It's a clever trick, and one that we're not necessarily aware of.

Drinks are a very profitable item for restaurants. They often make more from selling drinks than from serving food. So when the helpful server keeps filling your wine glass, they may actually trying to get you to finish the bottle so you'll order another. And since you'll be encouraged to choose a more expensive bottle in the first place, that could prove costly.

How nice of the restaurant to serve you up complimentary entrées or snacks while you're waiting for your table to be ready! Ah, but have you noticed how salty those snacks are? This is what bars do - because the complimentary snacks are salty, you get thirsty and order drinks. Which means a nice extra amount is added to your bill.

When diners choose a bottle of wine from the list, they don't want to choose the most expensive one. But nor do they want to ask for a cheap bottle, so they pick the second or third bottle in the list. So restaurants will price those bottles to give the largest profit. If you want wine, but also want to keep the bill down, either order by the glass or choose a bottle lower down the list.

Restaurants can also be a bit sneaky with how they use numbers on the menu. They will leave off the £ or $ sign; customers tend to spend more where there's no $ sign. They'll also center align the price of the dish underneath it, rather than at the end of the line, as that makes it harder to compare the prices of dishes and work out which ones are cheaper.

Specials can be a bit of a misnomer. You might think that it's the chef's speciality dish, or that they went to the market to pick out some gourmet ingredients. But the special may be an item that they need to use up before it goes out of date, or made from leftovers. And it won't necessarily be any cheaper than dishes on the main menu, either.

Restaurants also try to manipulate you by using flowery and descriptive language to make dishes sound more luxurious and expensive. For example, they'll use French terms to describe a simple dish.

So be aware of the tricks restaurants use to get you to spend more - but don't forget to tip, especially in the US. Have you ever had a memorable or terrible meal?