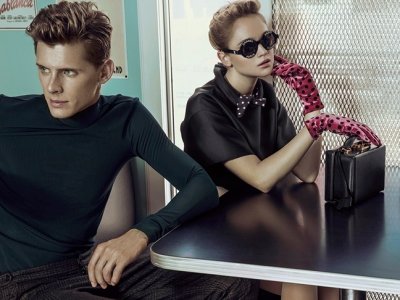 What can you do if your partner is mean with money? It's very frustrating to be in a relationship with someone who never wants to pay for anything. Even if he has plenty of great qualities, meanness can make him seem far less appealing. But if you identify the reason why he has this attitude towards money, the situation may be resolvable. Here are some possible reasons why your partner is mean with money …

One reason why your partner is mean with money could be that he's been in debt in the past. This can lead people to be extremely cautious about spending once they've paid off everything they owe. They are so afraid of ending up in the same stressful situation that they go to the other extreme and avoid spending anything as much as possible.

People often learn their attitude towards money from their parents. Someone who is mean with their money may have learned by example to be frugal to the extreme. Or perhaps their parents had money troubles and they are terrified of being in the same situation. It's tough to change a mindset that you've had for decades, and some families grew up with very little.

3. Fears for the Future

Nobody knows when the economic situation is going to improve, and for many of us, our own personal finances are precarious. Your partner may have the best intentions in trying to economise excessively; he could be trying to conserve your finances so that you are covered if that rainy day arrives.

Most of us don't have enough money to do everything we want, so we have to prioritise what matters most. Find out if there is something that your partner wants to save money for. Does he want you both to have a secure retirement? Is he saving for when you have a family to take care of? His apparent meanness might appear in a whole new light if you know it's for a common cause.

Joint finances may also be an issue. Your partner may have preconceived ideas about who should pay for what, and how much each of you should contribute. Does he earn less than you? If so, he may think that you, as the higher earner, should pay more. Or perhaps he works long hours and thinks he deserves to keep more of the money he earns.

Unfortunately some people are just intrinsically mean with money and expect everyone else to pay for them. They take the view that 'what's yours is mine, and what's mine is also mine!". If your partner is one of those who likes to hang on to his money, you can try to persuade him that he needs to pay his fair share, but you may never be able to change his outlook.

Money can also be used as a way of controlling someone. This is particularly risky when the other partner is a stay-at-home parent, a low earner, or a student. By controlling their access to money, the partner with money has more power over what the other does. Their motive may not be nasty, but it does need to be addressed.

Money is said to be one of the issues that couples argue about most. Certainly, being in a relationship with someone who is mean with money can be embarrassing, irritating and even abusive. Some reasons can be addressed, though - the relationship is not always doomed. What is the worst example of meanness you've ever witnessed?