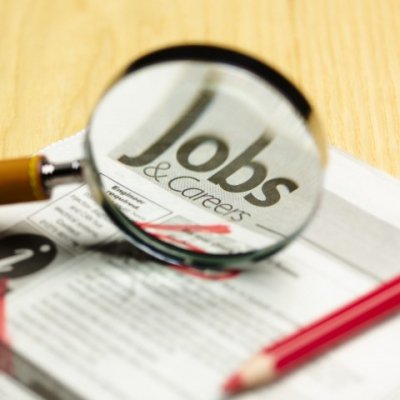 It’s hard enough finding a job without misleading and unclear job ads. There are various terms used in job ads and descriptions that you should see as red flags. But do not always judge a red flag as a smear against the job itself. Sometimes companies mention curious qualities because they had trouble with previous employees, such as how a job may say, “Must have a positive outlook/personality” because a previous employee was a little toxic and not because the job is a horrible one. The thing is to understand that there might be a reason for these terms and you should think through the ad carefully before applying.

1. Must Have a Positive Outlook/personality

In most cases, this means that the job is a horrible one full of people that complain about it all the time. The boss cannot see how horrible the job is because he or she is the boss and has a more pleasant job. The boss cannot understand why people are so moody about the job, so he or she blames the staff for having a bad attitude and therefore tries to advertise for people that are more positive.

This is one of the more classic red flags in job ads. It happens because the job either has a high rate of staff turnover or because most people that apply do not want the job when they realize what it is.

3. Various Duties or Duties May Vary

It may also say it is a “dynamic role” or a “fast changing role,” or something along those lines. It may also say you should be able to adapt to change or shifting priorities. What it boils down to is the fact they simply need another body on the premises and are going to have trouble finding you something to do. For example, a slow jewelry shop may require three employees on the premises at any one time because their insurance company demands it, but there is little to do all day.

4. Work Alone and as a Team

Roughly translated, this may mean if you are good at the job you will be left to do it on your own, and if you are bad at a job you will be somebody’s personal slave monkey. There are also times where ads saying, “Work alone or as a team” actually means work alone, but the company doesn’t want to advertise the fact you may be knocking on doors or working in/on buildings on your own.

This is an obvious one if you know much about red flags in job ads. If a minimum wage job lists all the “potential” benefits to the job, it means the job is awful and they are trying to attract more staff members. In a world where jobs are scarce this may seem unlikely, but there are plenty of people that would rather be unemployed than work some jobs for too long. It is true that some companies may try to make up for a low wage with lots of benefits, and promising potential benefits helps pad their claim, but if the job was that great, then would they need so many benefits? Would you need benefits to work in a sewerage plant? Would you need them to work as Brad Pitt’s PA?

6. Must Be Independent or a Self Starter

This means that either the person posting the job didn’t know exactly what the new employee would be doing, or in some cases, it means the employer does not want to train you. It may mean you are going to be left on your own because the employer doesn’t have the temperament to hold your hand during those first few difficult weeks.

They do this for numerous reasons. The most common is because they want a low-paid dog’s body to do all the horrible things others do not want to do. The other reason is to exploit the younger person, sometimes in very nasty and illegal ways. A company advertising young-persons photo shoots said things such as “earn more than your parents” and “$300 for one week’s work.” Thankfully, in this case the company was closed down very quickly.

Always read a job ad carefully before applying. And remember, some of these red flags are also a good basis for some questions to ask if you do apply and reach interview stage. Have you ever been “fooled” by a job ad?