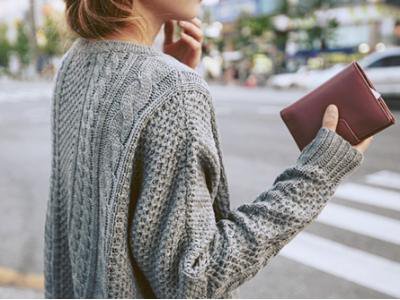 When you owe money, it can seem impossible that you will ever be able to pay off your debt. Whether you have got into debt through bad luck or overspending, the prospect of being able to clear those debts can seem impossible. But many people have successfully paid off substantial debts, and have done so by approaching it sensibly and facing up to the situation. Here are some tips to help you work to pay off your debt.

The first step in being able to pay off your debt is to acknowledge that it exists. Many people go into denial and hope that somehow it will all go away. Maybe they will win the lottery, or receive an inheritance! But you are not going to clear your debt this way. Instead, you must face up to the fact that you are going to have to work hard to pay it off.

You don't need to feel alone when you are in debt. There are many sources of advice out there to help people in your situation. Look for organisations that offer free advice, such as debt charities. There is also an enormous amount of information on the internet that can help you.

When you start the process of paying off your debts, it's important to put them in order of priority. First, you should pay off anything that could get you into legal trouble or put your home at risk. After that, debts with higher rates of interest should be dealt with, as the interest on those will accumulate more quickly.

When you already owe money, it can seem as though adding to it won't make any difference. It will - by making things worse. You have to stop spending. Increasing your debt will extend the time it takes to clear, and add even more interest. So avoid spending on anything but essentials.

The more money you put towards paying off a debt, the faster it will be dealt with. Paying only the minimum amount means that it will take years. So boost payments in any way you can. This could include income from a second job. Do anything that will bring in an income. If you get an unexpected windfall, even a small one, don't be tempted to waste it - use it to bring down the total that you owe.

It's vital to cut down your spending as much as possible. You can then divert that money towards paying off your debt. Look at how you can reduce your costs - say by taking in a lodger, managing with one car instead of two, or spending less on groceries. Any money that you can free up will help.

If you have savings, it can make a lot of sense to use them to pay off your debt. The interest on savings accounts is invariably far less than the interest charged on debts. So consider this option - once you have cleared the debt, you can then work hard on building your savings back up.

The "debt snowball" is a well-known approach among those who deal with people in debt. Let's say you owe money on three credit cards. First, you pay off the one with the highest interest rate at $200 a month, for example. Once that's paid off, you put that $200 towards the next highest card, which will be paid off faster because of the lower interest. Finally, the same happens with the third card.

Being in debt is incredibly daunting, and it can happen to even the most sensible person. If you are in debt, don't panic. That won't make it go away, but facing up to the situation will. You must take responsibility, and take positive action. There is help out there, and just think how great it will feel when you've paid off everything you owe! Have you managed to pull yourself out of debt, and have you any useful tips for others in the same situation?