7 Workplace Personalities That Grind Your Gears ... 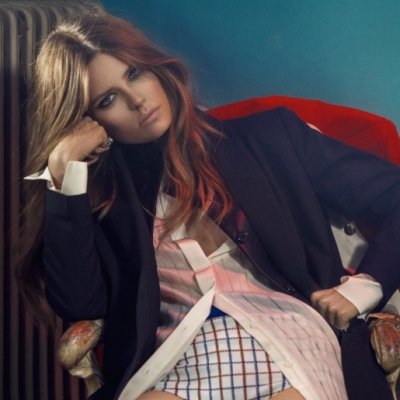 Women need to support each other more in business. Men band together into exclusive little clubs and before you know it they are chairmen of the board. Women need to have each other’s backs a little more and work with each other as opposed to against each other. This is fine in principle, but there are just some women that you really cannot work with. Here are a few workplace personalities that grind your gears.

1 The Woman That Thinks Work is a Fashion Show

This is one of the workplace personalities that grind your gears for no good reason. It isn’t such a big crime treating work like a place to display your newest outfit, and yet it seems to bother so many women. Maybe it is because the fashion-show woman takes so much pride in a job you hate, or maybe it is like birds and she is showing off plumage in a place where you dare not. Maybe the woman is a show-off, or maybe you just don’t like the idea of having to make a similar effort just because she does.

2 The Woman That Complains Non-stop

There is always at least one woman at every job that complains non-stop. It is the same as how there is always a man that thinks he is still the class clown when he is at work. In many cases, the woman complains about her job or how much work she has, but complainers will rarely stick to one subject. She probably has a laundry list of problems that she is just itching to complain about. The sad fact is that you are going to see your work colleagues more than your own family over the course of your working life, and it really grinds your gears having to go to the same place every day and hear the same woman complain as if the world owes her something.

3 The Woman That Fake-laughs All the Time

This is really one of the workplace personalities that grind your gears and it is not always the woman that does it. Men and women are guilty of the nervous or fake laugh. With men, you will more often find a nervous laugh that followed almost every sentence he says. With women, it is a fake laugh to encourage the other person to think that she is having a good time. To a new person it may appear as if Miss Laugh-a-lot is a sweet and nice person, but when you hear it every day you hear how hollow and empty it really sounds.

4 The Woman Failing at Her Job but Blames Everyone else

There are sometimes men that do this, but it seems that men are less vocal about it in general. A woman may be behind with her work through no fault but her own, yet she will find plenty of people to blame and then vocalize it at every opportunity. She would be a lot more likable if she simply admitted that she is failing through her own fault and then got on with her job.

5 The Woman That Thinks She is Funny

This is one of the classic workplace personalities that really get up your nose. Men are actually more prone to point out and aggressively hate people that lick the boots of the boss--though women are also experts at pouring scorn on the woman that worships the boss like a puppy chasing a butterfly.

7 The Woman That Flirts with Everyone

If there were no such thing as a woman sleeping her way to the top, and if there were no such thing as infidelity, then the workplace flirt would probably be loved and applauded for her attitude. But, men do cheat with women that flirt all the time and men will promote women that offer themselves to them. This is why the workplace flirt really winds up her female colleagues.

In your career – which you can look forward to having for 30-40 years! – You’ll come across all sorts of personalities. It’s part of life at work. Which personality irks you the most?