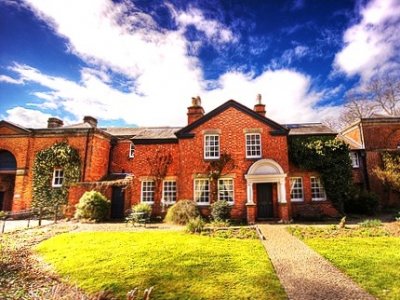 Everybody makes mistakes sometimes. But there are some that you really should avoid. These definitely include mortgage mistakes. Mortgage mistakes can lead to catastrophic problems later on, so you don’t want to do something that you will later regret. Here are just some of the common mortgage mistakes that have led to financial issues for people all around the country. Don’t get caught out!

Always check your credit score before applying for a mortgage. A credit score is the determining factor in how much you end up paying back every month. Credit report mistakes are more common than you think, however, and this is one of the biggest mortgage mistakes because you could be paying hundreds of dollars more just because somebody accidentally marked down your score.

One of the common mortgage errors is thinking that the more applicants you make, the better chance you have of a good deal. Wrong! Higher risk applicants are indentified, partly by looking at how many credit applications they have in the pipeline. When applying for mortgages, avoid having more than one application going at the same time. The higher the risk you appear to be, the less favorable your mortgage rate.

PITI (Principal, Interest, Taxes, Insurance) is what you are paying for every month when you make a mortgage payment. Mortgage problems tend to come along because home buyers don’t factor in the taxes and insurance premiums. This means that you could be applying for a mortgage that you actually can’t afford when these costs are added on.

Mortgage issues often arise with the application, because people put their money into their accounts just days before applying. This isn’t sufficient proof for the people handling the application. In order to be sure of the risk, they need to know that the money has been and will stay there. Deposit your money into the relevant account a few months before you apply for a mortgage.

Steady employment and a regular income will determine whether you are accepted for a mortgage or not. If you are intending on changing careers then avoid one of the classic mortgage mistakes by waiting until the mortgage application has been accepted first.

A pre-approval not only makes it more likely that you will be accepted for your mortgage, it will also make sure that you have that stamp of approval for home sellers. Home sellers will look for a pre-approval when dealing with potential buyers because it shows that they are serious about buying the home.

Don’t run into mortgage problems by not shopping around. You could be paying out more than you needed to because you decided to go with the first rate you were presented with. Compare and contrast by performing extensive research through calling companies, visiting representatives, and utilizing the powerful resources on the Internet.

Mortgage issues will often arise with people who take out an exotic loan program. The payments are low, it’s hassle-free, and there’s no stress involved. Wrong! The mortgage is stressful, full of hassle, and full of expense. Any program that claims otherwise should be avoided at all costs. Many of these programs have such low payments because you are only ever paying off the interest and you are never eating into the mortgage itself.

Always lock your rate in. Another of the most common mistakes is to not be prepared for changes in mortgage interest rates. Mortgage rates will change more often than you change your clothes, so lock it in. If you don’t lock them in then you will run into serious troubles. Banks and mortgage brokers won’t lock the rate in automatically, either. Unless you tell them to then it remains open to change.

The terms and conditions are those famous things that nobody ever seems to read. When signing the agreement, though, make sure that some time is spent reading it. The last thing you want to do is sign up for something that you don’t agree with. And once you’ve signed on the dotted line you’re stuck with it.

These mortgage mistakes may seem like things that can be solved through common sense. That’s the thing, though, people run into mortgage problems because in the heat of the moment they don’t think about these things. Don’t create mortgage issues for yourself by making some of these common mortgage mistakes.